This article is about the NPCs. For the class, see Pirate (class).

There are two locations in Cyrodiil where Pirates may be encountered. Six of them crew The Marie Elena in the Imperial City's Waterfront District, while the other three are sheep-rustling on board The Sea Tub Clarabella in Anvil docks.

All six members of the crew are armed with a steel cutlass and none of them use any spells. 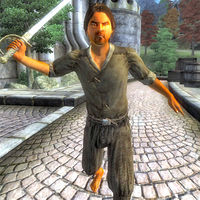 This pirate wanders around the dockside under the watchful eye of First Mate Malvulis. When left to his own devices he will sometimes sing part of a sea shanty: "Ho hey, sweet lady of Wayrest! Ho hey, sweet lady of mine! Oh I'll see you again, yes I'll see you again, sweet lady of Wayrest so fine!" but is less polite when greeted. He will tell anybody trying to talk to him "I ain't got nothin' to say to you, fancy pants. So why don't you mind your own business, huh?" and then ask them to "Shove off." He will not turn hostile until you step aboard his ship.

He wears a pair of breeches and a collared shirt. 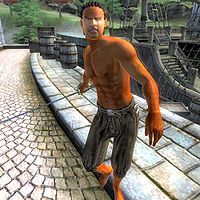 This pirate has the same dialogue as the previous one, but he only wears a pair of breeches. He will also be docile unless he catches you trespassing. 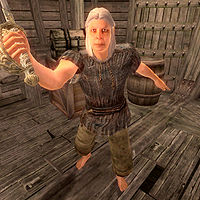 This pirate guards the mid deck of the Marie Elena with a colleague. He wears a sack cloth shirt and pants.

This particular pirate isn't happy at his captain's choice of mate and can be overheard complaining about it to his fellow guard on the mid deck.

Imperial: I'm telling ya, lad, it's bad luck. A woman onboard a pirate vessel! Back in my day, it never would've happened.
Redguard: Oh, come now. How many times has Malvulis saved our necks, huh? Captain Tussaud keeps her on for a reason. She's a better sailor than any one of us.
I: Ho, there, laddie, now you're just bein' insultin'! She may be tougher than me, and meaner too, but a better sailor? It ain't even possible.
R: Oh, right, how could I forget. That time we were almost dashed upon those rocks, near the city of Firsthold. That was somebody else at the helm.
I: I told you a million times, that wasn't my fault! The wheel was covered with gull droppings! My hand slipped! Could've happened to anyone!
R: Well, it's never happened to Malvulis, has it? You know why? 'Cause she could sail better than you in her sleep, you old fool!
I: Bah! You mark my words, boy. That Dark Elf trollop is bad luck. The captain'll end up dead with her around. You'll see.
R: You'd better watch your tongue, old man! Captain Tussaud hears you talkin' like that, he'll cut it out! Now come on. We been gabbin' long enough. 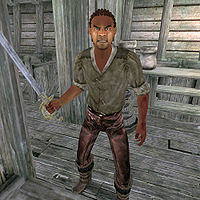 This pirate wears leather pants and boots with a collared shirt and guards the mid deck of the Marie Elena. He can be heard defending First Mate Malvulis to his colleague. 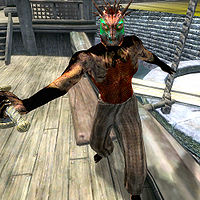 This pirate guards the main deck of the Marie Elena. He wears just a pair of coarse linens. He is one of the two pirates who burst into the captain's cabin during the related quest. 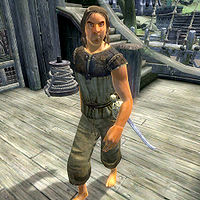 This pirate also guards the main deck of the Marie Elena. He wears sack cloth pants and an olive vest. He is one of the two pirates who burst into the captain's cabin during the related quest, and the one who shouts the warning beforehand: "Captain! Captain Tussaud! Are you all right sir? We... We heard a clamor. Captain? We're coming in!".

All three members of the crew are armed with a steel cutlass and none of them use any spells. They all carry a copy of the Sea Tub Clarabella Key. 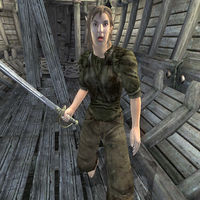 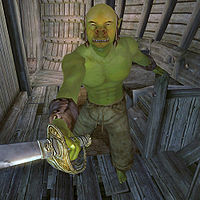 This pirate wears sack cloth pants and a leather bracer. 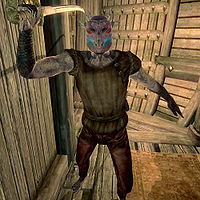 This pirate wears laced leather pants and a belted vest.