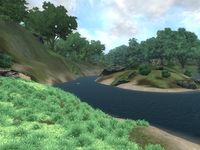 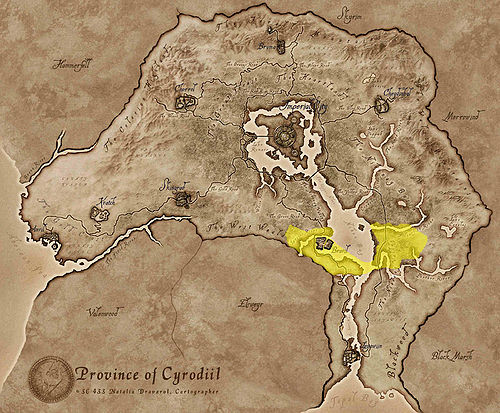 Bergamot grows particularly densely around Bravil, as does Mandrake and Nightshade. The eastern bank of the Niben River is thick with Foxglove, Monkshood, and Summer Bolete. Many other plants thrive in the region, including Nirnroot.

A list of places that can be found within the region of Nibenay Valley.

A list of all quests involving the region of Nibenay Valley.