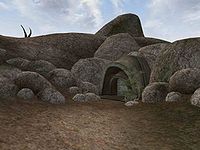 Telvayn Ancestral Tomb is a mid-sized tomb serving as a bandit hideout northeast of Gnaar Mok and east of Andasreth in the West Gash.

There is a shrine of St. Veloth inside the tomb. The occupants of the tomb are three rats, as well as a pair of bandits; Glaum and Gaban. The loot is pretty good, including normal bandit loot as well as a potion, some minor equipment, a scroll, the books Book of Rest of Endings and Hallgerd's Tale, a few ingredients, a journeyman lockpick, a common soul gem, an apprentice probe, and repair prongs.

There are no known members of the Telvayn family. 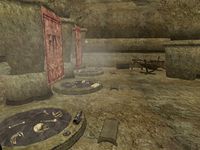 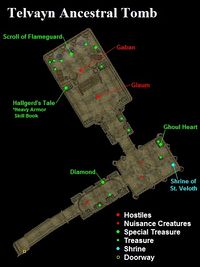