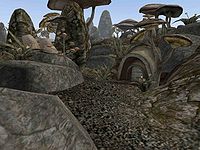 You'll find six undead, and a dead man here. The loot consists of some ingredients (including a portion of dreugh wax and raw glass), a key to two locked doors, an apprentice probe, and some minor equipment, including a very special bug lamp.

There is only one known member of the Sadryon family: 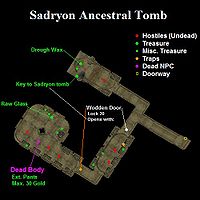