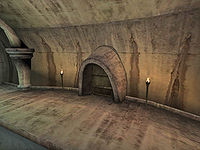 Ihinipalit is a shrine to Sheogorath in the Vivec St. Delyn Canton Sewers. 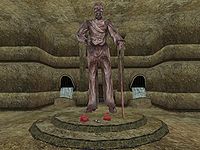 The shrine to Sheogorath within Ihinipalit

The statue of Sheogorath will ask you to recover the Fork of Horripilation from a mad hermit near Ald Redaynia, on the long island north of the main land, and use it to kill a Giant Bull Netch that lives nearby (see Sheogorath's Quest for more information). Another quest for Tribunal Temple requires you to kill Bjadmund, a Nord in this shrine. 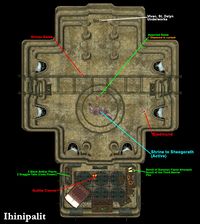