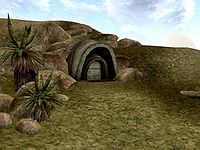 Aralen Ancestral Tomb is a hideout for some vampires in the Grazelands.

The Aralen Ancestral Tomb can be found south of the Zainab Camp, almost halfway between the camp and Falensarano. It is a vampire lair with five vampires of the Aundae bloodline, including one copy of the only vampire trainer in the game. There is a potion, the Enchant skill book Palla, Book II, a bunch of ingredients, a key, and some other minor items.

If calmed or snuck up on, the vampire trainer offers major training in Restoration, Athletics, and Destruction.

There are two known members of the Aralen family: 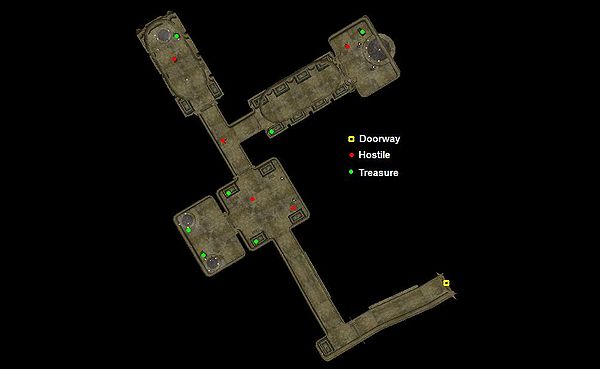