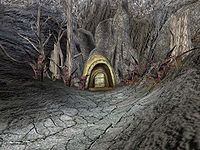 To find this tomb, head south from Falensarano and follow the path around the west side of the hills. When you see Gimothran Ancestral Tomb on your right, head due east over the hill. The tomb is at the north end of that path. Be prepared for four daedra guarding the tomb. There is a Telvanni Mole Crab Helm, a copy of 36 Lessons of Vivec, Sermon 10 and Homilies of Blessed Almalexia, some ingredients and a few potions in this tomb. The key to the locked chest may be found on the floor in the southwest corner of the southern room, between the wall and a pillar.

There are three known members of the Andules family: 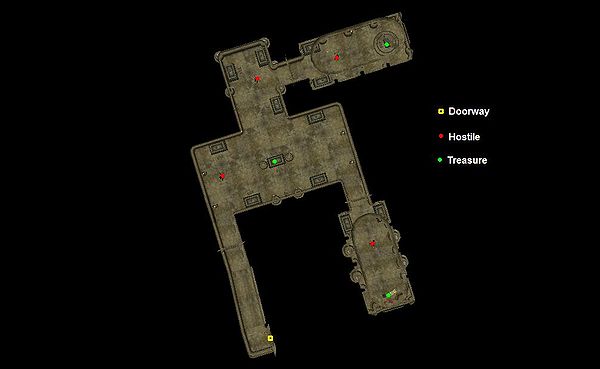