This article is about the region. For the city of Haafingar, see Solitude. 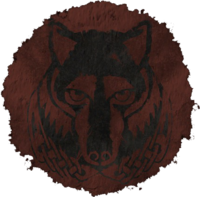 Haafingar (also called Haafingar Hold[1] and the Kingdom of Solitude)[2] is a relatively small, mountainous, coastal hold in northwestern Skyrim.[3] Its capital is the famed city of Solitude, and the two are sometimes treated as one and the same.[4] Solitude is perched atop a large rock outcropping known as the Great Arch, towering high above the Solitude Inlet, which is found at the end of the Karth River and the massive Karth delta. However, Haafingar is far more than just Solitude. The Karth River allows for a great deal of commerce in Solitude and the town of Dragon Bridge in the Clearpine Forest (mostly in timber and fish), and the long Giant's Coastline with the Sea of Ghosts is littered with frozen shipwrecks and treasures.[4][5] Mount Kilkreath and its associated mountains take a large portion of the hold and it is filled with caves and ruins where bandits and creatures make their homes.

The hold shares borders with two other holds, the Reach to the south and Hjaalmarch to the southeast, and the province of High Rock borders it to the west, the Forgotten Vale found between the hold and Wrothgar. The mountains of Haafingar are only the tapered end of the Druadach Mountains, an enormous range of jagged mountain peaks to the south which rise up among the clouds of the Reach.

Given Solitude's obvious importance as a major city, many forts and castles were established around the hold to deter and defend from attackers. Most have fallen into disrepair or have been completely demolished.

In 3E 127, after the death of Uriel Septim III, his mother, Potema, turned Haafingar for the next 10 years to the land of death. Stories of the ancient Wolf Queen being waited on by rotting skeletal chambermaids and holding war plans with vampiric generals terrified her subjects.[6]

In 3E 145, the Jarl of Solitude, Pelagius Septim III was declared Emperor. Unlike most Emperors he ruled mainly from Solitude and not the Imperial City. Almost from the start of the reign of Pelagius III, the eccentricities of his behavior were noted. He embarrassed dignitaries, offended his vassal kings, and, on one occasion, marked the end of a grand ball by attempting to hang himself. His madness is speculated to have been caused by Potema the Wolf Queen, whose own insanity was said to have been infused in Castle Solitude, infecting the next king to rule there.

In the Fourth Era, following the Great War, the Thalmor established an embassy in these mountains from which to root out the worship of Talos in Skyrim.[7]

The Haafingar border circa 2E 582

Bards College
A prominent institute of music and history for the aspiring Skalds in Skyrim
Blackbone Isle
A secluded island and the final resting place of Cyrus' crew
Blue Palace
The Jarl's seat of power in Solitude
Broken Oar Grotto
A large cavern connected to the sea, situated north of Solitude
Cascabel Hall
A castle known for producing the finest apples in the Empire
Castle Dour
The headquarters of the Imperial Legion within Skyrim
Castle Volkihar
A large fortress on an island far west of Solitude, north-northwest of Northwatch Keep
Dragon Bridge
A small town built near the ancient iconic Dragon Bridge over the Karth River
Fort Hraggstad
A fort located north of Dragon Bridge
Karth River
A river flowing from Markarth to Solitude
Kyne's Aegis
An isle off Haafingar's northern coast that was once a bastion of the Dragon Cult
Mount Kilkreath
A sizeable mountain that occupies much of the region and is the site of Nordic ruins connected to Meridia
Northwatch Keep
A medium-sized military fort used by the Thalmor
Thalmor Embassy
The Third Aldmeri Dominion's diplomatic mission to Skyrim, which serves as the center of Thalmor activity in the province
Forgotten Vale
An isolated region of Skyrim once inhabited by the Snow Elves to worship the God Auri-El
Solitude Lighthouse
A stone building on the northern coast of Skyrim that helps to guide ships into Solitude harbor
Wolfskull Cave
A cavern occupied by cultists of Potema the Wolf-Queen
Volskygge
An ancient Nordic ruin found on the coastal mountains

This Lore-related article is a stub. You can help by expanding it.
Retrieved from "https://en.uesp.net/w/index.php?title=Lore:Haafingar&oldid=2541536"
Categories:
Hidden categories: