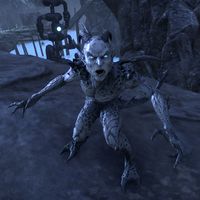 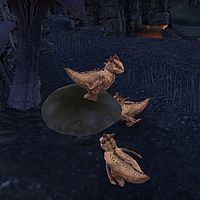 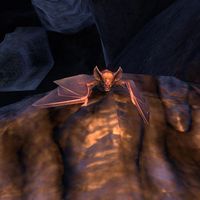 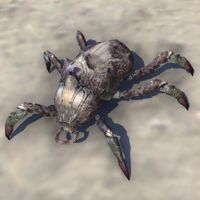 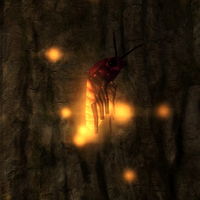 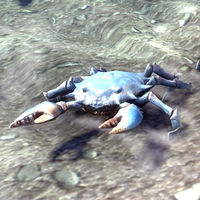 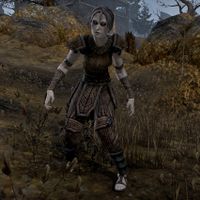 Feral vampires are vampires who have lost their minds over the years, until they eventually become deranged with hunger. A vampire can become a feral vampire when they are unable to feed, refuse to feed, or go for long without blood. The most notable example of a vampire that has gone feral in this manner is Lord Lovidicus.

The "blood cursed" are a type of bloodfiend who resemble blood-starved vampires. Unlike traditional vampirism, the infection sets in very quickly, and the process completes in a very short time. What makes these bloodfiends distinct from normal vampires is the fact that potential bloodfiends are not required to be alive for the process to reach completion. Bloodfiends can come about after a victim is drained dry by a vampire. A relic known as the Lightless Remnant was capable of transforming mortals into bloodfiends, and almost unleashed a bloodfiend plague upon Rivenspire before it was given to Molag Bal. 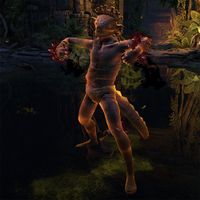 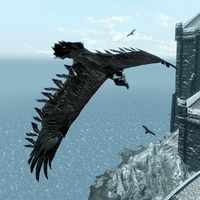 Bone Hawks are undead birds, similar in appearance to a regular hawk but with black feathers and an exposed skeletal skull. They are sometimes hunted and used to create rings and amulets.

Bone Hawks seem to be linked to the Daedra, as they appeared in the Imperial City while it was ravaged by the Daedric forces of Molag Bal during the Planemeld, and in Grayhaven. They are also associated with vampires, and can be found circling Castle Volkihar. 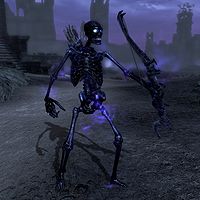 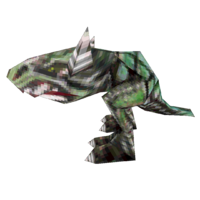 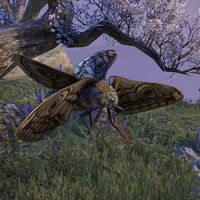 Bristlebacks or Tusked Bristleback are large tusked boars that can be found on Solstheim, and are known for their amazing ability to reflect magical effects used against them. They are often used by Rieklings as mounts. Bristlebacks were considerably larger during the Second Era. 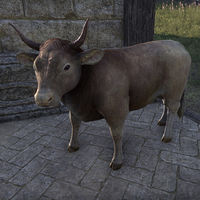 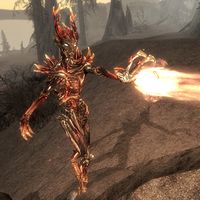