General:What is the Clockwork City?

Originally published September 27, 2017. The original article can be found here.

Prepare yourself for The Elder Scrolls Online's newest DLC game pack, Clockwork City! Before you explore the fabricated realm of Sotha Sil, read on to learn about the Clockwork God's mechanical masterwork.

In the world of Tamriel, its very existence is a closely guarded secret. The entrance to this covert city lies hidden in a secret underground vault, and its location is known to only a select few beyond Sotha Sil's inner circle. But later this year, intrepid explorers will brave the Clockwork God's mechanical masterwork for the first time ever in The Elder Scrolls Online's newest DLC game pack, Clockwork City.

"We chose the Clockwork City to be The Elder Scrolls Online's next zone because it's a unique location that we haven't fully explored," says Creative Director Rich Lambert. “This is Sotha Sil's realm. It's his interpretation of how the world looks, how it works, or perhaps how he wants it to be. The entire realm was fabricated, so it's very different from what we've done before – which is really cool. And, of course, it's Sotha Sil, and Elder Scrolls fans love Sotha Sil. He's a mad genius."

Of course, given the Clockwork God's secretive and mysterious nature, there's much about the Clockwork City that remains a mystery.

"The first thing you have to know about Sotha Sil is that we don't know anything about Sotha Sil!" says Leamon Tuttle, the zone's principal writer. "Mystery is fundamental to his character. He could have constructed the Clockwork City for any number of reasons, and what that means for Tamriel, good or bad, remains to be seen."

Even describing the Clockwork City is difficult. Legend has it that the city is a miniature representation of Tamriel built within a glass dome and, reportedly, visitors are magically reduced in size in order to enter it. Even more remarkable is that fact that the "clockwork" descriptor is quite literal. The city's structures, vegetation, and wildlife are all mechanical constructs crafted by Sotha Sil himself. This makes the Clockwork City an especially surreal zone for players to explore. 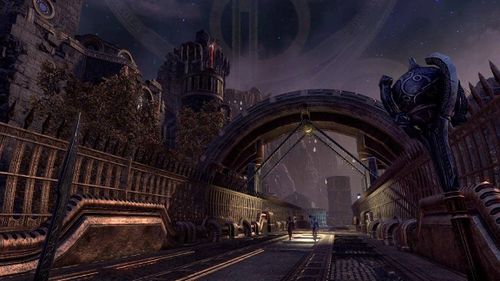 "The Clockwork City is the most mysterious zone we've ever done," Tuttle explains. "This is partly because there wasn't a tremendous amount of pre-existing lore to begin with, but it's also by virtue of the fact that it's Sotha Sil's realm, and no one truly knows the intentions of his strange experiments, or what their results will be."

When exploring the Clockwork City, you'll discover that it is both a workshop and a testing ground for Sotha Sil's mechanical creations. These fantastic and dangerous living machines include, for example, the verminous fabricant, a vicious melding of flesh and metal that prowls the wilderness surrounding the city.

"While the fabricants remain one of Sotha Sil's greatest technological achievements, no one really knows how or why they were made," says Tuttle. "Some of Sotha Sil's followers, the Clockwork Apostles, surmise that they could be the first steps toward a fully integrated future, where the lines between flesh and machine disappear. Why such a future might require giant mechanical lizard-monsters is anybody's guess!" 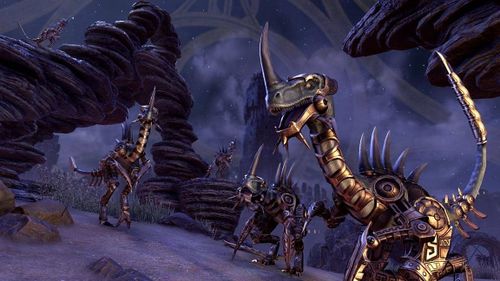 Are the fabricants part of Sotha Sil's continuing experiments, or were they simply abandoned by the Clockwork God and left to roam the wastes? Whatever the case, it's clear that even from the shadows, Sotha Sil exerts a high level of control over the realm he constructed. How you factor into this grand experiment remains to be seen. Will you enter the Clockwork City as a wildcard, or will your every move prove to be part of his grand plan?

The residents of the Clockwork City, like the mechanical nature of the zone itself, have a unique social strata that reflects the mind of Sotha Sil.

"The special thing about Clockwork City is that it's in a secret location that's been hidden from the rest of Tamriel for millennia, and as a result it is very isolated," Lambert explains. “That means the people who live there are a little different, and as you progress through the storyline and do quests, you'll begin to understand the nature of their peculiar society."

This growing society is broken into two distinct groups: the Apostles, who are a part of the Clockwork God's machinations, and the Tarnished, who live without the protections of the fortress. To the Apostles, every resident of the Brass Fortress – the Clockwork City's central hub – must have a distinct purpose. This purpose might be the scholarly study of Sotha Sil's works, the continued upkeep of his endless experiments, or the all-important maintenance tasks that keep the city running. Those without a part to play in this grand design are not welcome within the Brass Fortress. 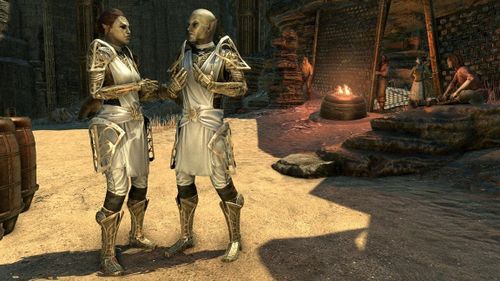 "The Brass Fortress is a very regimented area where people either perform a function or they're cast out. Much like any machine, if you have a gear, that gear has a specific job," Tuttle explains. “But if that gear is broken, then it is thrown out, and that's the Tarnished. People who, for whatever reason, couldn't find a role in society, so they have to cobble one out for themselves."

You'll encounter both of these groups as you explore Sotha Sil's realm, and perhaps you'll even discover your own function as a cog in this great machine.

In the Clockwork City DLC game pack, you must unravel a Daedric conspiracy, but the entire realm is a mystery in and of itself, and its true nature and purpose might be the greater riddle.

"Ultimately," says Lambert, "with this new zone we're trying to give players the same kind of experience they had with ESO: Morrowind or the Orsinium DLC game pack. They get a new space to explore, a fantastic story to experience, and they get to understand a little bit more about the Clockwork City."

Are you ready to solve the mysteries of Sotha Sil? Let us know on Twitter @TESOnline or Facebook.

You can get access to the Clockwork City DLC game pack with an ESO Plus membership or from within the in-game Crown Store this fall.