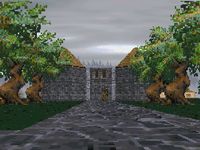 The palace is well guarded 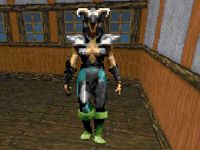 The noble will not go down easily 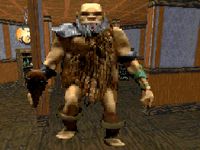 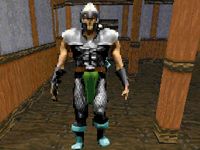 The guards do not appreciate your presence in the palace 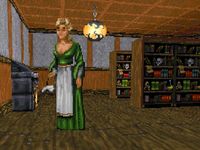 Mephala speaks to you:

"I might have known it would be you. I ought to never answer these summonings. Well, perhaps it is natural for a worm to want to evolve into a wasp. Very well, (player's first name), I will give you power, but you must do something for me first. I need someone to assassinate a certain troublesome minor noble. Can I rely on you for that?"

"Well, that's something, anyhow. You can find this irksome official (noble's name) in (first town), snug and secure in his palace, as he believes. I don't know how you're going to gain entry, but perhaps you will come up with an idea. Perhaps. If you don't manage to kill yourself, go to (second town) and I'll arrange for a servant to bring you your new power source, the Ebony Blade. I will ask my servant (worshipper's name) to wait for you for (time limit) days at (building). Do not, please, be late. That is all."

"That is just as well. I have better uses for my time than building a power base for ungrateful, lazy guttersnipes."

Travel to the first town named by Mephala and locate the target's palace. Like all palaces, it will be open from 10:00 to 18:00; if you pay a visit to your target during this period, no lockpicking is necessary to get in. Beware, as soon as you enter the palace you may be attacked by the guards. The guards can be distinguished from the quest target as they are Warrior type enemies. When one is hit the first time, you will hear:

"Who are you and what are you doing in here?"

Search the palace for your mark, who appears as a Knight, and attack. When hit for the first time, the noble shouts:

"You sneaking assassins are all the same. That's why I decided to get myself some real protection. (Giant's name)! Wake up, you big oaf. Kill!"

A giant appears nearby and comes to your opponent's aid. Kill them both; when your target dies, a notification appears:

Mephala would be proud-- (Noble's name) is dead. Time to make your escape.

Escape the palace and make your way to the second town. Find and enter the building where Mephala's worshipper awaits. Speak to your contact for your reward.

Mephala's worshipper speaks to you:

"Good day, (player's first name), I'm (worshipper's name). Mephala told me that you might show up, but she did cast some doubts about the chances of you surviving the encounter with (noble's name). Well, it's a good thing I brought the Blade, then, isn't it? Sorry if you got a bad talking to from Mephala. With (noble's name) dead, she should be in a lot better mood. And for that alone, I thank you."

If you ask an NPC about Mephala's worshipper, you may hear:

If you ask an NPC about the Ebony Blade, you may be told:

"The Ebony Blade is an artifact of vampiric power, draining its victim of life, even as it feeds its owner."