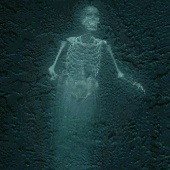 The Wraith of Paxti Bittor

Paxti Bittor (formerly known as the Exalted Summoner, Lion-Lord Invoker Pursuivant) is a Wraith encountered in Level 3: The Soul Cairn at Point N. According to one of your friend's letters, Bittor is the one who betrayed Battlespire to the Daedric forces. Assuming you can contain your rage long enough, he will not only admit to this, but provide even more information on recent events. In any event, he will lose control as the conversation drags on and attack you. Wraiths are formidable foes, but if you have found the Book of Rest and Endings, he can be banished without a fight.

And THIS is the thanks I get. Betrayed, tortured, sucked dry, murdered. THEN, for good measure, they rip out my soul and set it adrift in THIS gods-forsaken hole.

Those dog-sired Daedra, that's who. And that damned Seducer. AND that Sirran Angada. If I get my soul-suckers into that motherless backstabber, I'll make him a hot, empty husk.

You young puppie-snot! I'll pin your ear back for you! Being a wraith isn't paradise, but I sure don't have to take lip from skinny little brats like you.

Well, I realize that it's risky dealing with Daedra, but that Seducer... Well, let's just say it may not be Eight Heavens, but it's all right. And Angada promised he'd set me up like a wounded survivor, a hero...

Sirran Angada? No, perhaps not. A leechcrafter retainer of Jagar Tharn, the Emperor's Battlemage. He set it all up. I open the gate to the Prince, he comes in, cleans out the Battlespire, and I just barely manage to escape with my life, bringing the tragic news to the Emperor and Tharn. I'm a big hero, a personal retainer of Jagar Tharn, close to the Emperor and his family. In time, I get my own province. A great deal. And I delivered! But the scum cheated me!

That's generous of you, but this Angada has a special Transmorph spell, so he could look like anyone. Angada was posing as Lomegan Mariel, the Emperor's Personal Liaison to the Battlespire, when the Daedra took the place, but he -- or she -- could look like anyone by now. I appreciate your help, but you might want to run away now, because I feel the hungry madness coming on again, and I'm not much fun to be around.

I smell BLOOD! LIFE! Give me your BLOOD! I must have it. Now! It's there inside you, and I want it out! GIVE IT TO ME NOW!