In the maps below, provinces link to maps of that province. Cities, towns, and villages link to the page on that settlement, when pages exist. 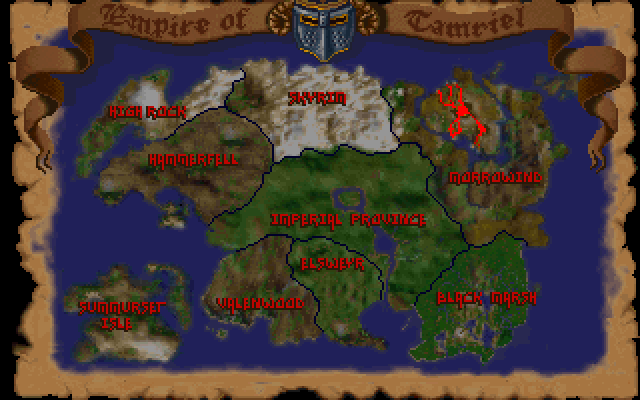 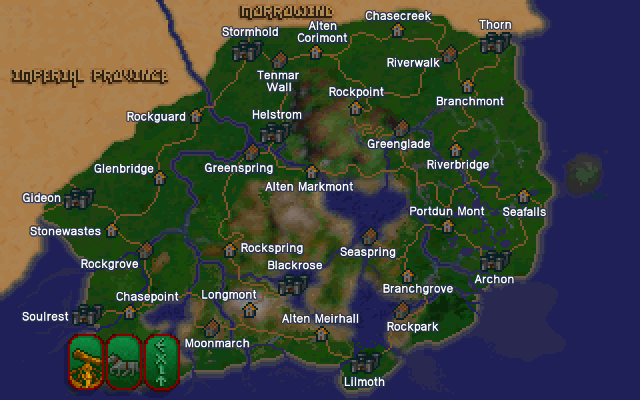 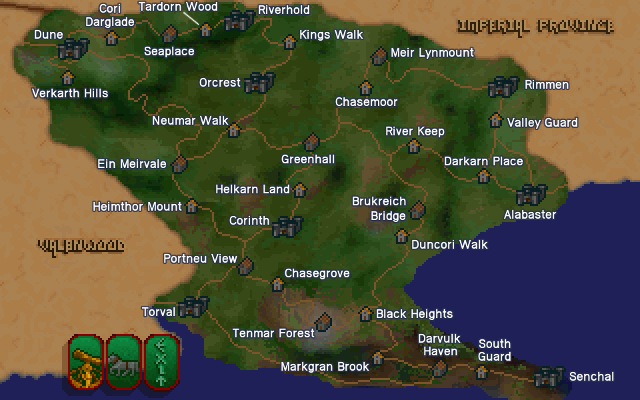 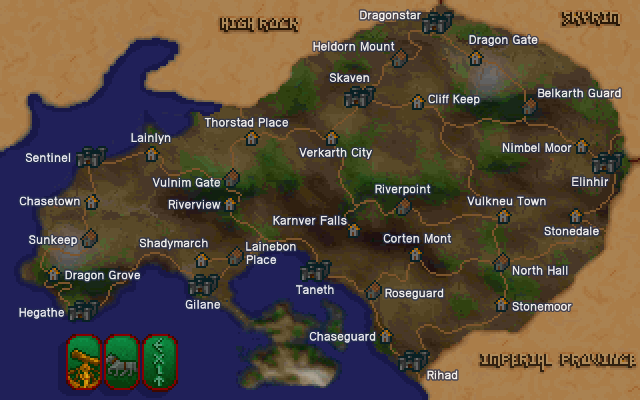 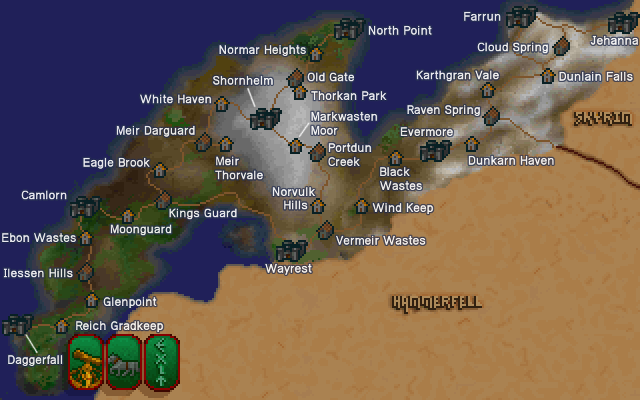 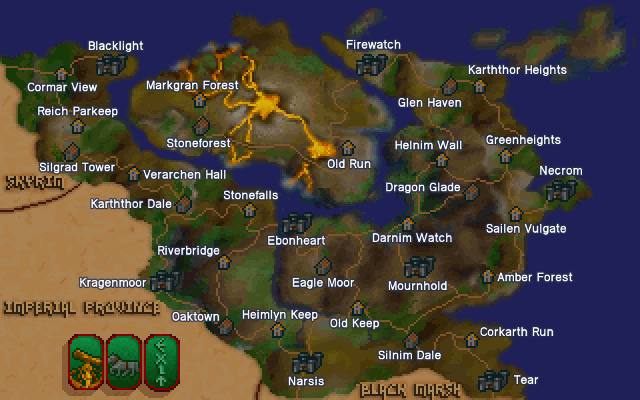 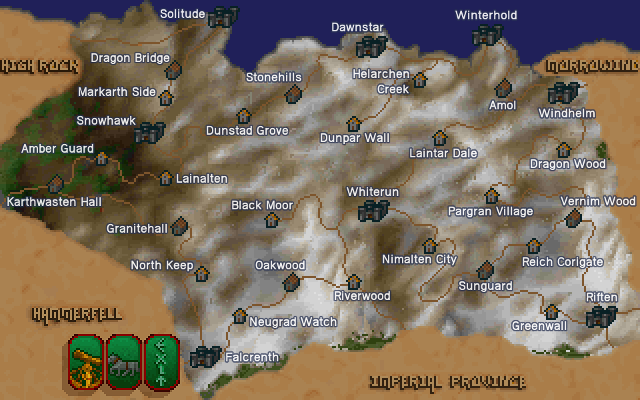 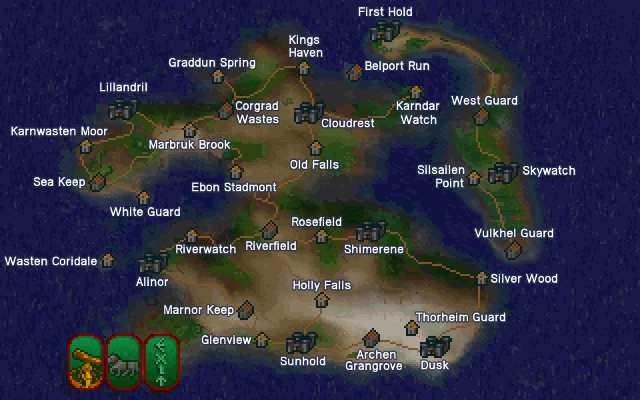 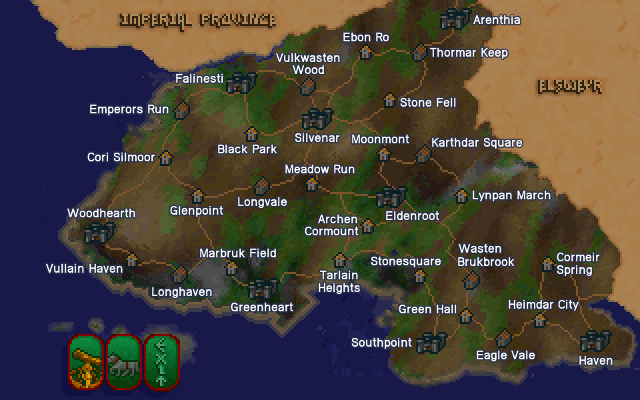 Settlements in the Imperial Province. 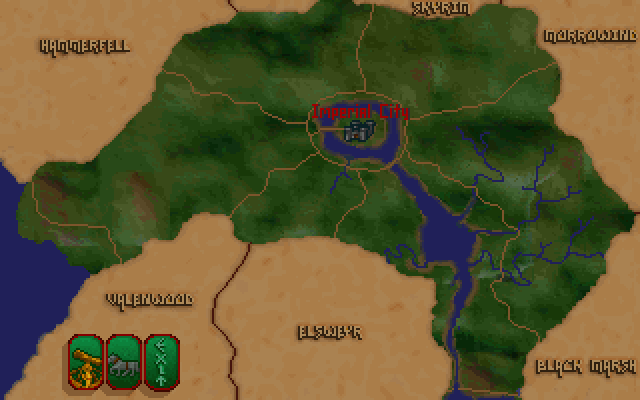 Through Palace quests is possible to unlock a total of fourteen additional dungeon and dungeon icons per province besides random wilderness dungeons and Main Quest Dungeons. These dungeons receive their names and contents during the quest that unlocks them and thus have not fixed names or layout, only icon and location. Below are all Province Maps with all dungeons unlocked. 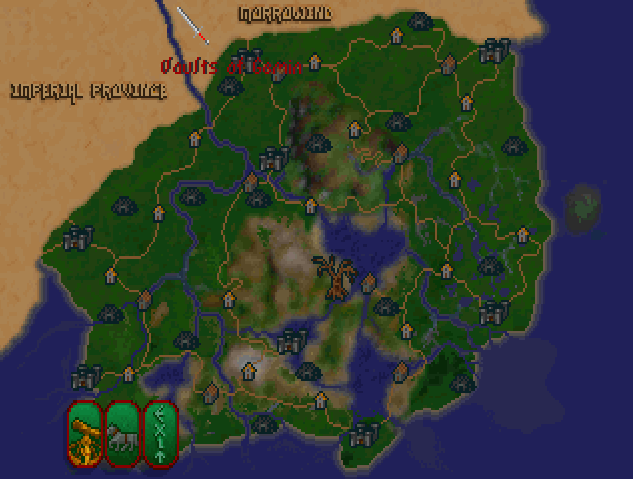 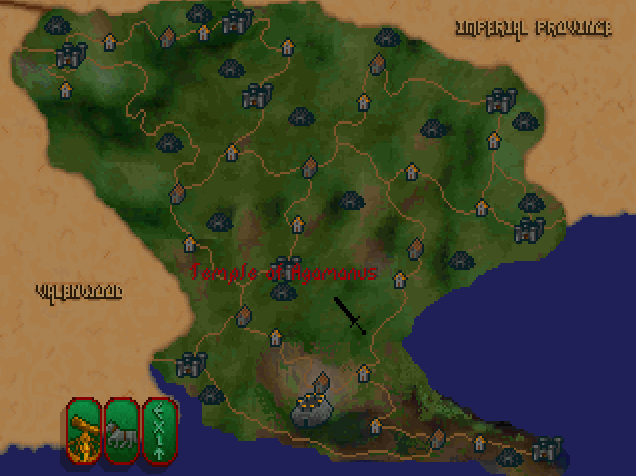 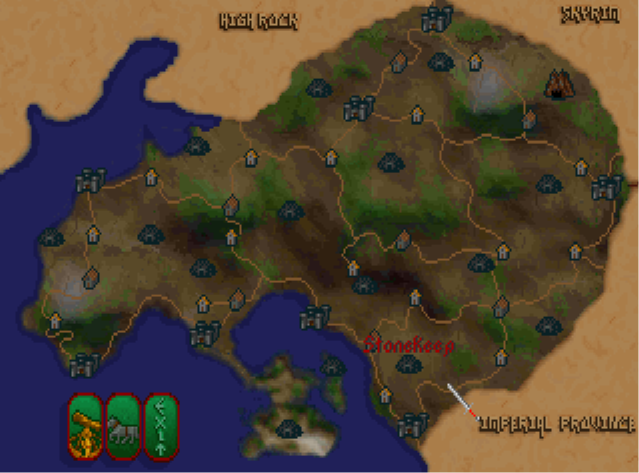 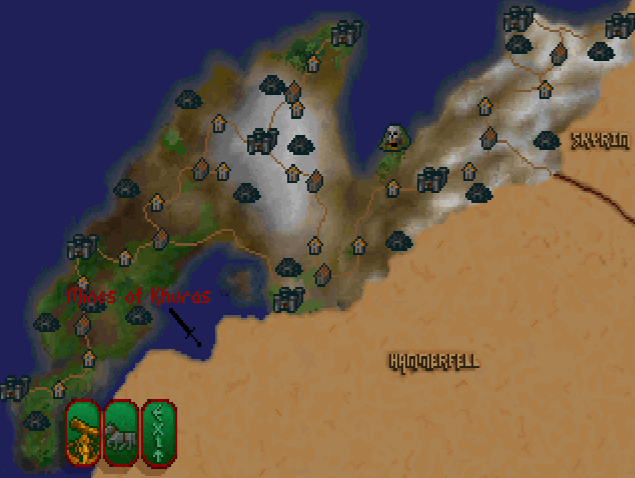 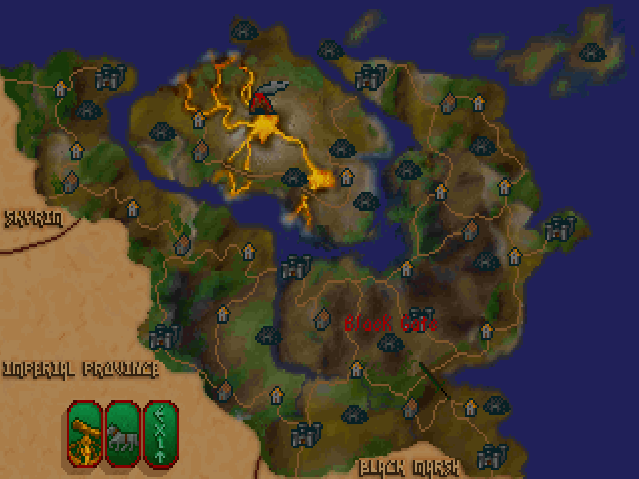 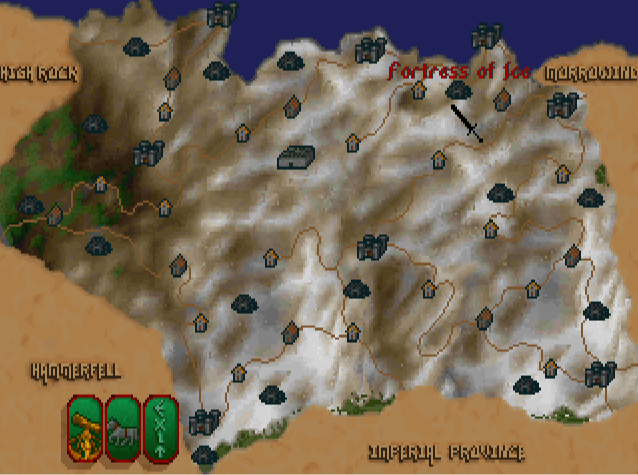 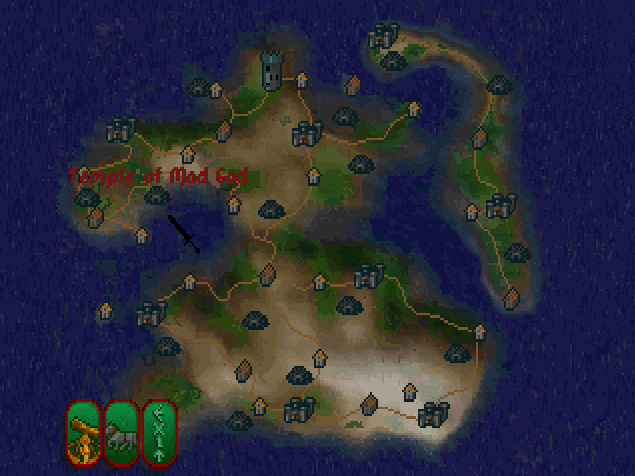 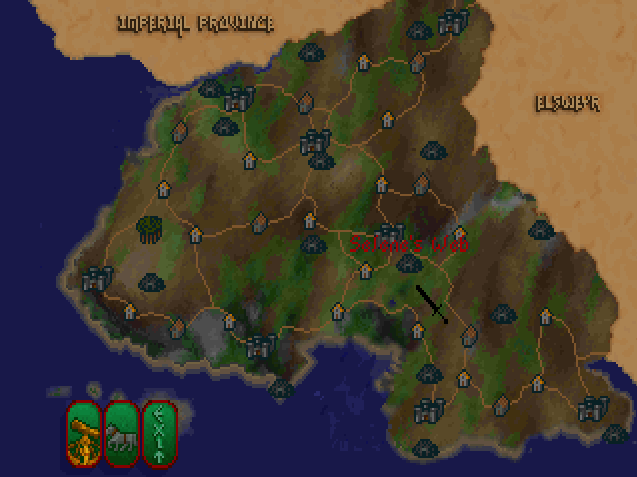 Quite unlike other provinces, the Imperial Province has only one city and thus only one Palace, The Imperial Palace, which serves as the last Main Quest Dungeon rather than as a quest hub and becomes inaccessible after it's completion, rendering Palace Quests and thus access to unlockable dungeons impossible. Despite this, is possible to individually view the 14 random quest dungeon icons (which actually don't lead to existing dungeons) intended for the Imperial Province earlier in development and one single unused dungeon icon set apart from these as seemingly an unused Main Quest Dungeon Icon. These are: 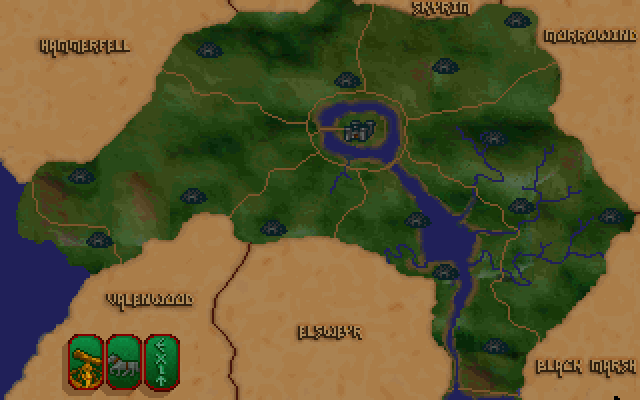 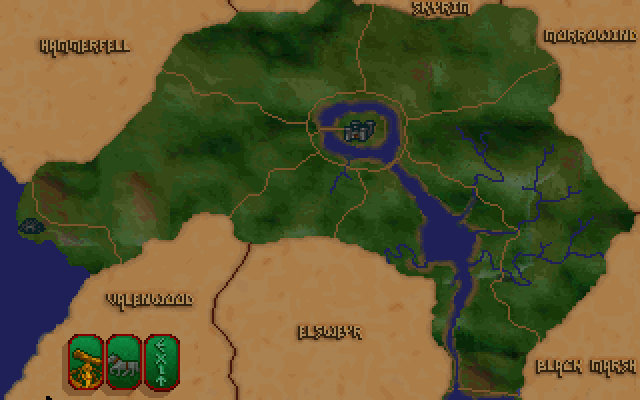 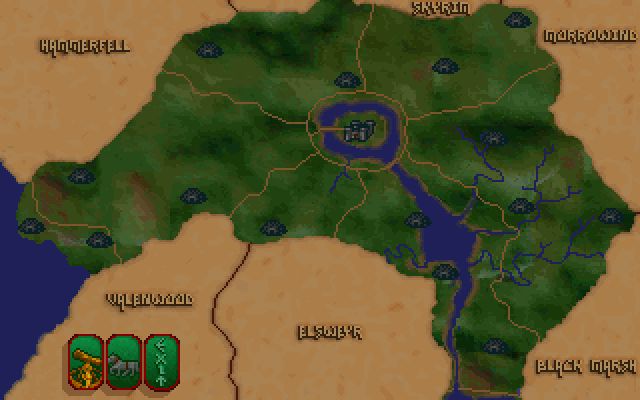