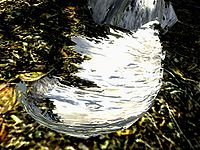 A Beehive Husk in front of a fallen beehive

Beehive Husks are collected from beehives, along with bees and honeycombs.

In terms of combinations of two ingredients, Beehive Husks can be combined with 37 other ingredients.

1-2(DG) guaranteed samples can be found at the following location:

Remaining ways to obtain already-harvested beehive husks all have relatively low probabilities. The best bets are:

Husks can be harvested from both beehives and vacant beehives. There are 27 hives found in 21 different locations. Locations with multiple hives are: