Online: Shrine of the Black Maw

The UESPWiki – Your source for The Elder Scrolls since 1995
< Online: Places: Shadowfen / Elven Ruins / Delves
Jump to: navigation, search

Since the inking of the Ebonheart Pact, the trade in enslaved Argonians has been outlawed … but it has not been eradicated. The slavers have merely gone underground—literally, in the case of those using the Ayleid halls of Varakun as their lair. 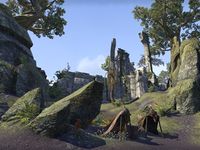 Shrine of the Black Maw

The Shrine of the Black Maw is an Ayleid ruin in northwestern Shadowfen, west-northwest of Stormhold containing vampires. The ruin was once known as Varakun, and was a base for illegal slavers. Recently, however, a group of vampires led by a former slave named Peers-Through-Glass have entered the ruin, killing all the slavers. A Free Argonian's Manifesto can be found near her. Other notable items here include a Skyshard and an Ayleid Well.

Explore and clear the Shrine of the Black Maw. 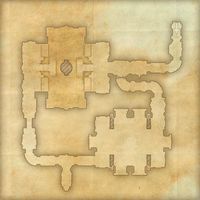 A map of the Shrine of the Black Maw

This Online-related article is a stub. You can help by expanding it.
Retrieved from "https://en.uesp.net/w/index.php?title=Online:Shrine_of_the_Black_Maw&oldid=2161352"
Categories:
Hidden categories: