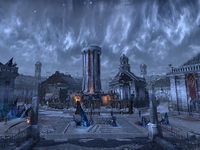 The Nobles District is the western district of the Imperial City. It has an armory where a unique set can be crafted.

Each Alliance has a rally point inside one of the district's ruined buildings which can be accessed from their Alliance Base in the Imperial Sewers. The rally points are protected areas that members of enemy alliances cannot access, although if approached from particular angles, enemy players may be able to attack players leaving the rally point with ranged weapons and spells. There is a Sanctuary area in the interior of the rally point which nullifies all damage while a player is standing in it. 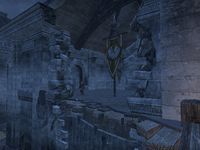 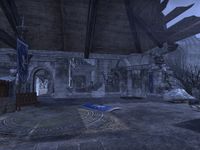 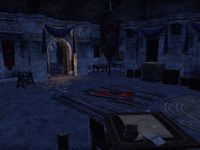 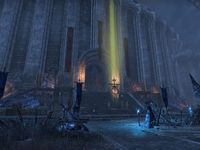 The Nobles District capture point is located on the bridge to the inaccessible Imperial Palace, in the northeast of the district. 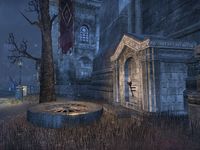 Sewer entrance to the Lambent Passage

The Nobles District Sewer Entrance is located on the western side of the district, along the outer wall near the Armory. It provides access to the Lambent Passage section of the Imperial Sewers. 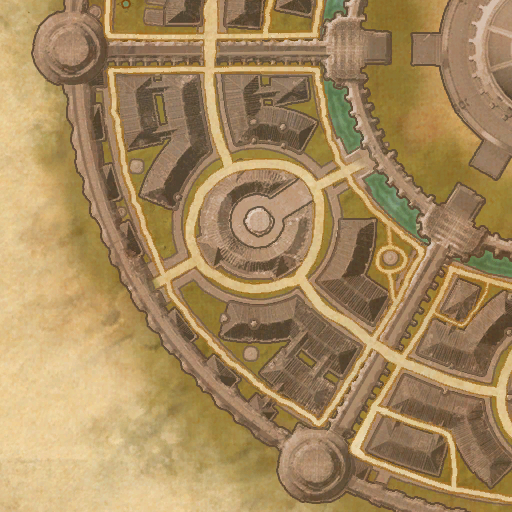 A map of the Nobles District

This Elder Scrolls Online-related article is a stub. You can help by expanding it.
Retrieved from "https://en.uesp.net/w/index.php?title=Online:Nobles_District&oldid=2461421"
Categories:
Hidden categories: