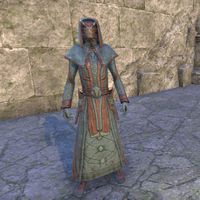 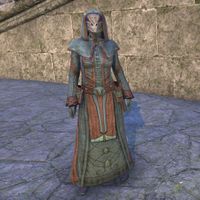 This costume is an example of the Mages Guild uniform with leggings. 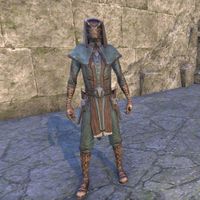 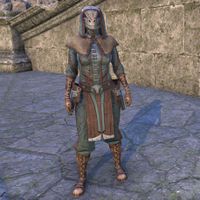 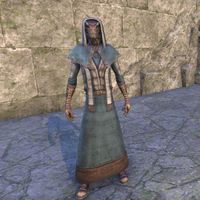 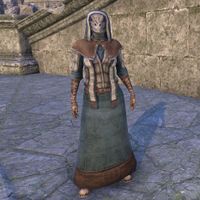 . It is now available in the Adept Starter Pack alongside the Knight of the Flame costume, Crafty Lerisa's Thief Outfit and White Mane Horse for 010001000

"In Hammerfell, our Crown nobility prefer clothing simple and traditional in cut, but rich and varied in material," says designer Sar'aq of Sentinel. "This ensemble is appropriate for both receiving noble guests and visiting others."

This costume became available in the Crown Store for 00700700 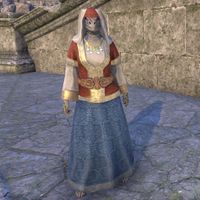 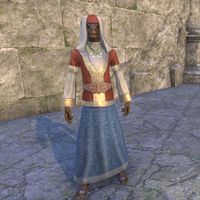 Sar'aq has outdone himself with this elegant outfit inspired by the legend of Prince Ahzzad the Dune Rider! Anyone would look princely in this ensemble of midnight linen and leather, accented with shining silver. Exquisite! 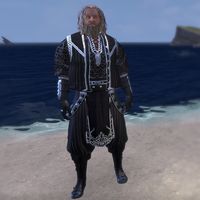 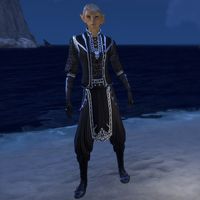 This costume is an Epic-level reward in Scalecaller Crates.

(Gloves, boots, straps, and white trim are not dyeable)

One can sneer at lesser mortals when wearing this exact replica of the regalia of the King of Worms.

(Purple gems on chest, waist, boots, and circlet are not dyeable, circlet may interfere with some hats)

For the Saxhleel who dares to scintillate, the reclusive Jaxa the Hermit presents this season's must-have formal-wear, the multi-layered Marshlord robe set, sewn with the shiny shells of thousands of tiny swamp insects! 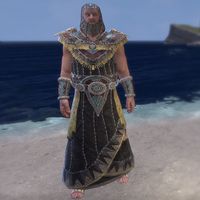 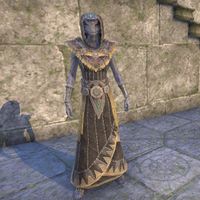 An Argonian-style outfit, previously sold in the Crown Store for 010001,000

(Shoulder fringe, sides and trim of robe, and fur edging on bracers are not dyeable)

This Sheogorath-approved jester outfit displays the three faces of madness. 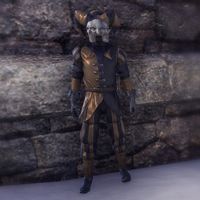 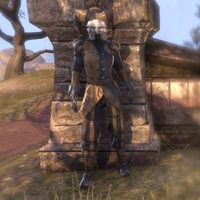 The Mask of Cheerful Slaughter is a jester outfit inspired by Sheogorath, with a mask that looks like the door to the Shivering Isles. It was given as a reward for having paid for a subscription for nine months.

Whether you're climbing the snowiest peaks in Skyrim or slogging through the soggiest lowlands, these insulated leathers will protect you and your mapmaking supplies from Tamriel's harshest environments. 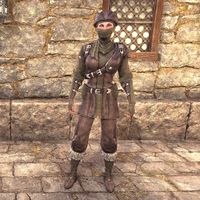 The Master Field Cartographer can be acquired by collecting and combining all of the Cartographer Fragments found in the Nchuthnkarst public dungeon in Western Skyrim.

The merchant lords of Abah's Landing wear their most expensive finery to weddings, funerals, executions, and other public events attended by their peers. 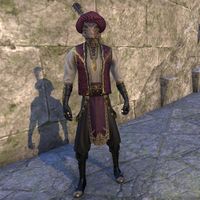 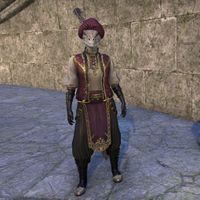 The Merchant Lord's Formal Regalia is acquired by completing the quest Forever Hold Your Peace.

(Gold trim on robes, vest, gloves, and boots and black gloves and boots are not dyeable)

"When the Moon-Sugar cane is ripe for harvest, and Jone and Jode are both waning crescents, it's time for the sweetest festival of the year," says designer Samsu the Sleek. "This Festival Suit blends five different silks so you'll look shiny and sharp!" 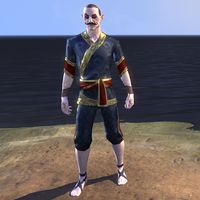 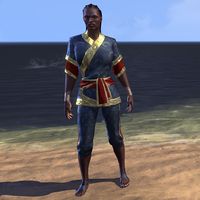 (Gold trim on shirt and sash are not dyeable)

Let skalds wear silks! The stalwart rulers of Morthal require sturdier materials. These rustic, oiled leathers are lined with the down of waterfowl, providing warmth and comfort befitting royalty even in the damp, cold wetlands of Hjaalmarch. 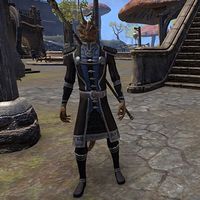 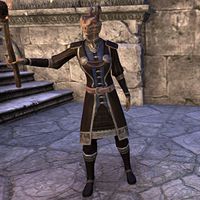 "The priests of the Ancestor Moth are devoted to veneration of those who came before us, for the wisdom of the ancestors can sing the future into the present. As such, we alone have the privilege of interpreting the Elder Scrolls." --Sister Terran Arminus 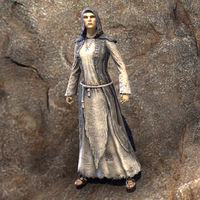 This costume is an Epic-level reward in Wild Hunt Crown Crates.